A long time ago, when Sue's daughter was still in primary school, she was sending Jewel to the school, but she could afford to buy her a book and the pencil, and her daughter was wondering how she could study with the materials, on the way she saw a foreigner woman distributing books and pencils for the people, Sue approached her and accepted the items, and on that, the day Jewel could have a have day studying.

After that, Sue promised herself that when she had the chance to pay forward that kind gesture she would do it. The day came, not once or twice but luckily many times. Since Sue opened her business in 2013 she has been able to support many children to go to school with new uniforms and new school supplies. 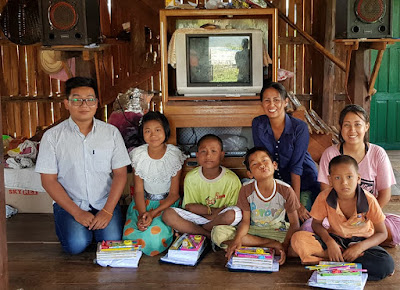 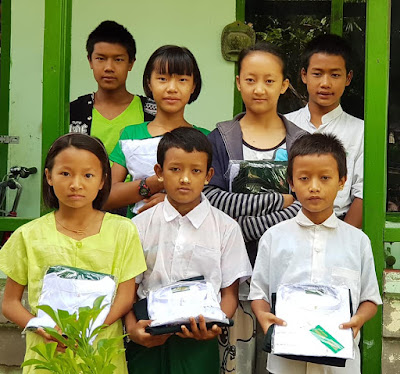 In the beginning, she could count on one hand how many children she could support, slowly year after year she started receiving the support of friends and donors from different parts of the world, and in 2020 she was able to support 300 kids with a new school set.

Sometimes she meets families that cannot afford the annual cost to send the kids to school. The government school in Myanmar is free of charge, but the uniform, notebooks, pens, pencils and etc must be bought by the parents the receive the academic books to study. Also along the year, the parents need to make contributions for the school, small donation amount, this donation is used for school and classroom maintenance, as the budget sent by the government is not enough. Also, the parents need to send lunch and snacks for the children, as they stay in the school from 9am until 4pm. For a primary and middle school student, the yearly cost is around 200USD and for high school students, it costs around 400USD. It seems a small amount when we divide per 9 months of the school term. But in a country that in many families the income is not more than 3USD, education is not a priority, food and shelter come first.

Everyone is welcome to get involved in all our projects.

"We appreciate the effort of our volunteers and donors who make our work possible and successful. Thank you so much for supporting us!"